After I presented the ‘crypto exchanges integration’ in hackathon in my company, lots of colleagues asked me how to sign up in any exchanges, how to pick up exchanges, they have no idea how to buy and sell cryptocurrencies. Some colleagues are professional at trading in the market, but they feel sucks due to the low liquidity in current cryptocurrency market. After talking with some brokers, actually none of those traditional brokers are likely to take this system due to unclear regulations.

The system has a price feed to scan market data from many crypto exchanges and this is visible to all people. Tom sees this order can be partially filled in binance so he takes the order and relay it to binance.

Jerry relays part of the volume to coinbase and Jessie relays to BTCMarket. 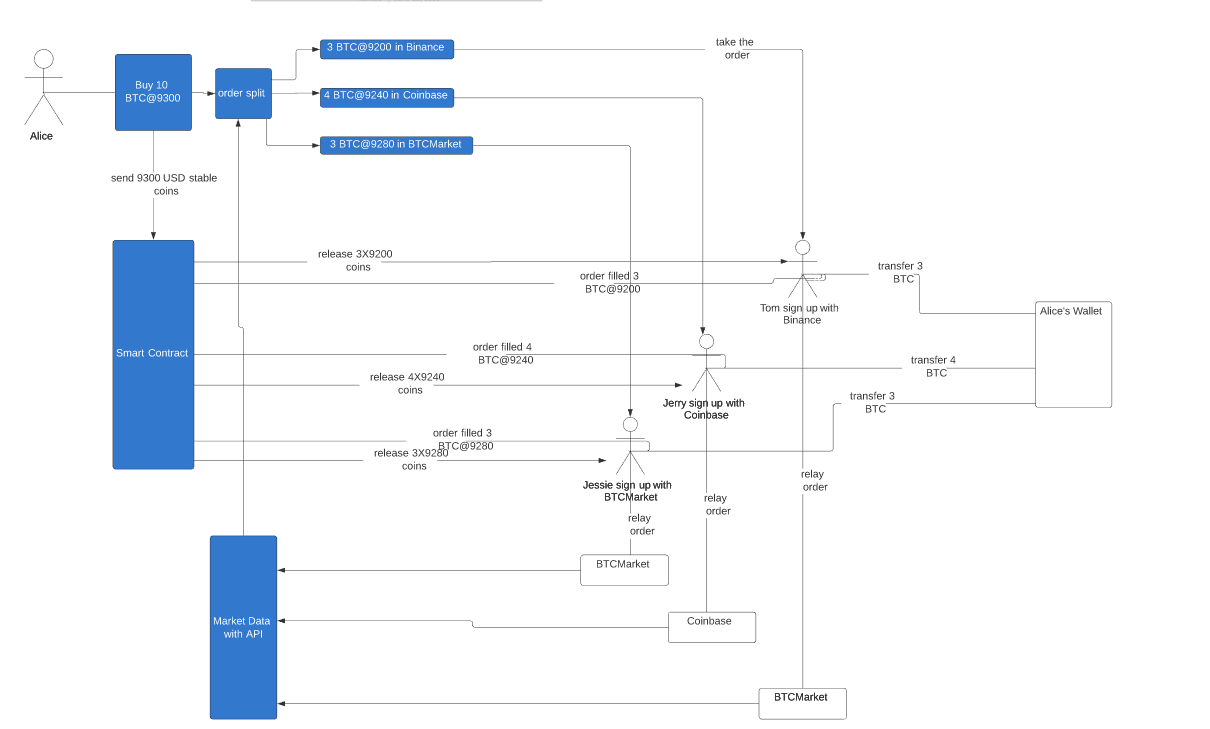 The sell process is somehow like this: Alice wants to sell 10 BTC, so she sends out this order. To save transfer fee, she can send the order in ‘fill or kill’ mode so that that order won’t be split into small ones, or she can let it be so that order can be taken by different people. Tom will deposit some stable coins to the smart contract and 3 BTC will be sent to Tom’s address and then he can either sell his own BTC to binance or wait until Alice’s BTC arrives his account then sell it. Jerry can do the same and sell order to coinbase. Jessie can sell part of the order to BTCMarket. On the settlement, Tom, Jerry and Jessie will send message to smart contract on how many volumes have been filled. The smart contract will ask them to return part of the BTC to Tom’s account, once this is confirmed or time up, the smart contract will release stable coins to Alice’s account based on how many BTC has been traded and return surplus to Tom, Jerry and Jessie after taking commission and transfer fees. Tom, Jerry and Jessie will be rewarded by smart contract accordingly. 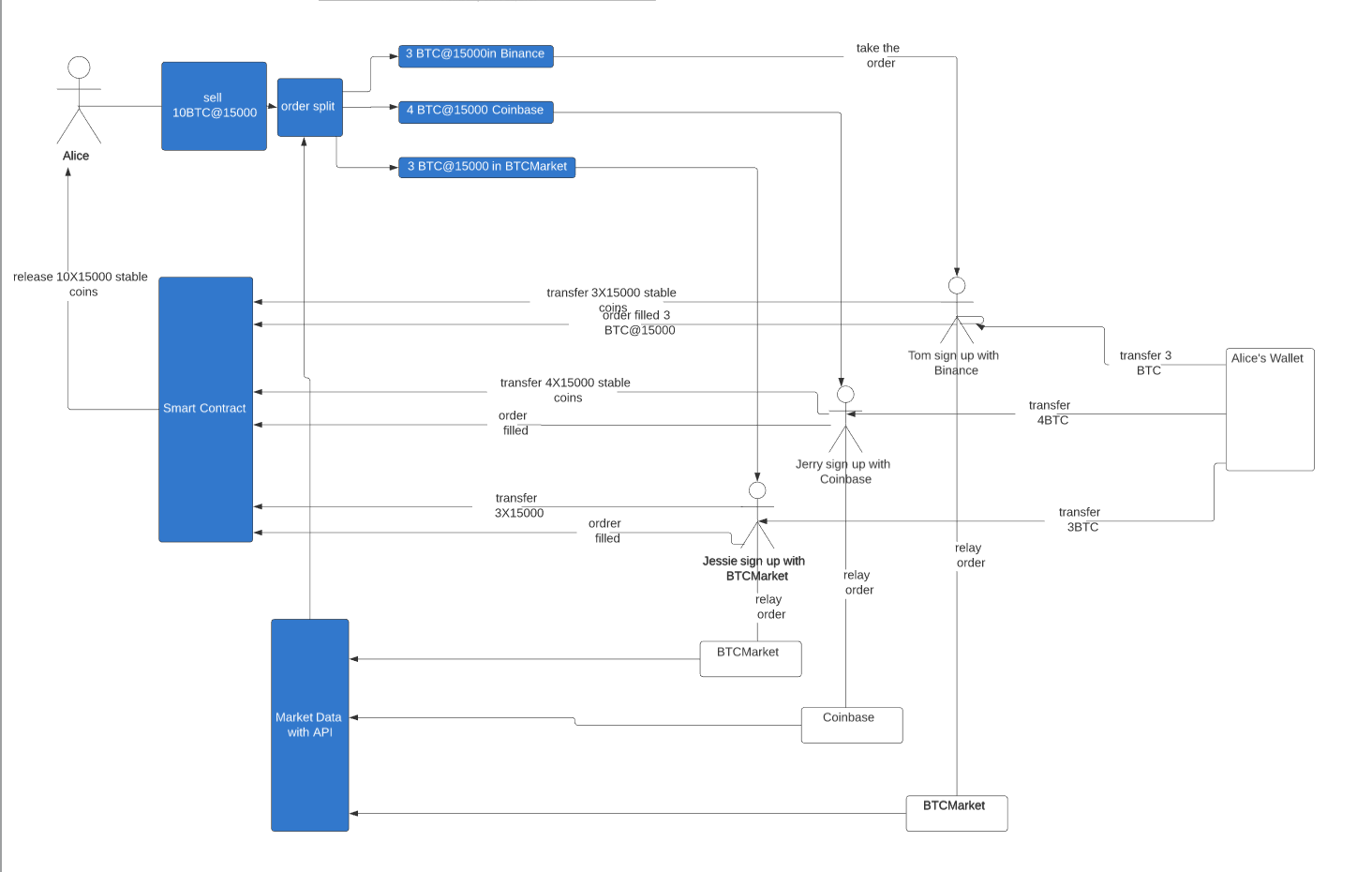 Assumption: convenient way for ordinary people to obtain stable coins by trading with fiat currency, with the Libra issued by Facebook, this is becoming more and more realistic and convenient.